The Cork Men Who Died at Dunkirk & in the Fall of France, 75 Years Ago

On 10th May 1940, 75 years ago, the German army swept into the Low Countries and France. It was a campaign that culminated in Operation Dynamo– the famed evacuation of the British Expeditionary Force at Dunkirk a little less than a month later. The Irish Free State remained neutral during the conflict, but despite this large numbers of Irishmen served in Allied forces during the war. On the occasion of the 75th anniversary we have been looking at local men who were involved in the 1940 fighting, and also taking a wider look at the impact of the Fall of France on Cork families.

The Commonwealth Wargraves Commission records 14 men with Cork connections who died during the campaign. There are undoubtedly many more– if you have details of any please pass them on to us. They include Private John Cashman of the Leicestershire Regiment, formerly of 12 Railway Terrace in Midleton. He was killed in action on 26th May 1940 and is remembered on the Dunkirk Memorial. Another is Stoker Patrick Stanton of H.M.S. Havant, from Rostellan. He was killed during a Stuka attack on 2nd June 1940. It is worth sparing a thought for these and the other Cork men who lost their lives trying to stem the Nazi onslaught in the summer of 1940, 75 years ago. 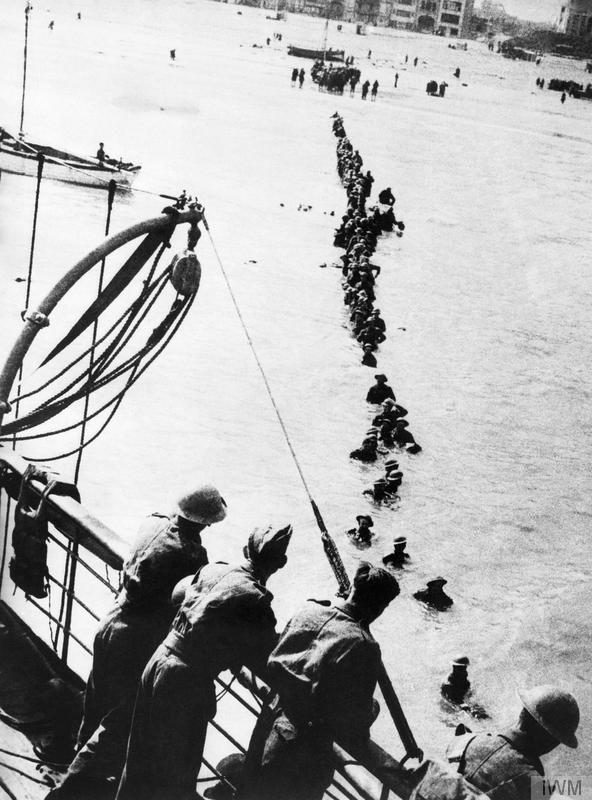 Age 20. Son of William Aherne and Bridget Aherne (Shanahan) of Youghal. Died 14th May 1940. Buried Sedan-Torcy French National Cemetery. Patrick served on a Bristol Blenheim light bomber and died when his plane was taken down while attacking German forces around Sedan. You can find more details on his plane here.

Age 21. Son of Richard and Hanna Foley of Cork. Died 20th May 1940. Dunkirk Memorial. Patrick served in A Company, and died in the battalion’s first encounter with German troops. You can read about their experiences facing German tanks and infantry on 20th May in the battalion War Diary here.

Age 23. Son of John Bowyer Bird and Elizabeth Mary Bird of Buttevant. Died 22nd May 1940. Winner 440 yards and equal first in the Long Jump, Inter Services Athletic Meeting, 1937. Francis’s father John appears on the 1911 Census living as a boarder in the Nice residence at 150 Davis Street, Mallow. He was a Detective Inspector in the R.I.C. Like Patrick Aherne, Derek flew a Bristol Blenheim. His aircraft was shot down near Fricourt.

Age 20. Son of William and Kate O’Flynn of Cork. Date of death unknown, but between 23rd May and 4th June 1940. Buried Outreau Communal Cemetery.The 2nd Irish Guards were particularly heavily engaged around Boulogne. You can read more about that engagement here. 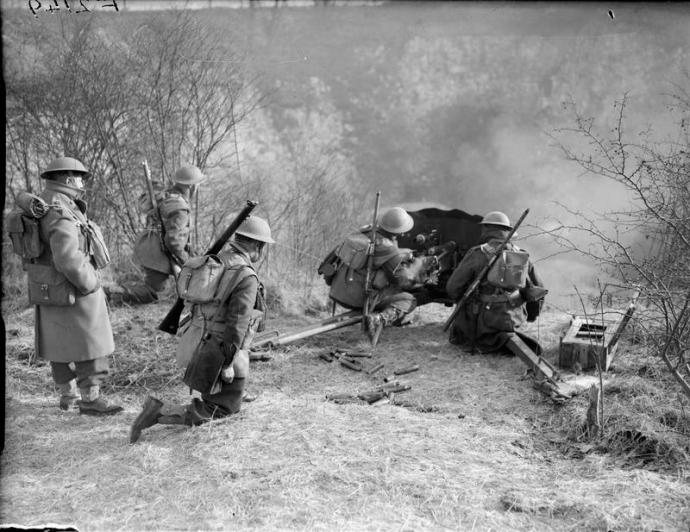 Age 27. Son of Stoker 1st Class Christopher Cronin, Royal Navy and Christine Cronin of Cork. Died 26th May 1940. Dunkirk Memorial. Christine Cronin not only lost her son at Dunkirk– her husband Christopher had also died on active service while serving on H.M.S. Swindon on 30th November 1919. He is buried in Lyre Catholic Churchyard. You can read about the Dorsetshire actions along the La Bassée Canal where Timothy was killed here. 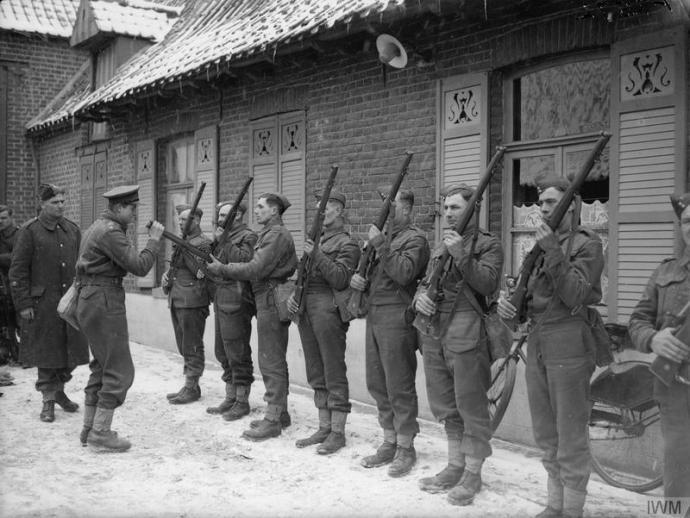 Inspection of men of the 2nd Dorsetshires in France, 1940, the regiment in which Timothy Cronin served © IWM (F 2572)

Age 31. Son of Thomas and Margaret Cashman of Midleton. Died 26th May 1940. Dunkirk Memorial. The 1911 Census shows the family living at 12 Railway Terrace in Midleton. Then 3-year-old John was living with his sisters Mary (7) Margaret (6), mother Margaret (30), father Thomas (40) who worked as a carrier, and grandfather John (70) who was a retired groom. You can see a photo of John and details of his service here.

Age 28. Son of Dennis and Maria O’Shea of Drishane. Died 31st May 1940. Dover (St. James’s) Cemetery. The 1911 Census shows William’s parents Dennis (34), a farmer, and Maria (22) living with Dennis’s brother Cornelius (26) and parents William (69) and Margaret (68) at 13 Drishane More. William died as a result of wounds inflicted during a Stuka dive bomber attack on his vessel as part of the evacuation. For an extremely graphic account of this attack and its impact on Pangbourne click here.

No age given. Son of William and Elisabeth Hazeldene of Blackrock. Died 1st June 1940. Portsmouth Naval Memorial. Harry lost his life when the St. Abbs was sunk by German aircraft off Dunkirk during the evacuation. You can see details of where the St. Abbs now rests on the seafloor here.

Age 40. Son of Patrick Fox and Catherine Fox (Helleher) of Cork, husband of Mary Fox (O’Connor) of Cork. Died 3rd June 1940. Buried Ste. Marie Cemetery, Le Havre. The 1911 Census shows 12-year-old David living in an apartment at 41 Boyce’s Street in Cork with his mother Kate (54), laborer brothers William (23) and John (21) and sister Bridget (15). It is interesting to note that David served in the same unit as John Healy, they died on the same day, and are buried in the same cemetery.

4 thoughts on “The Cork Men Who Died at Dunkirk & in the Fall of France, 75 Years Ago”