‘I Have Secured Your Name & Address Off An Egg’: A Midleton Woman’s Letter From An Aussie Wounded in Gallipoli

100 years ago the Gallipoli campaign was in full swing. Many Midleton men were there, and the local newspapers were keen to keep those on the home front informed. For example the Examiner reported details when Lieutenant T.D. Hallinan of Avoncore and Second Lieutenant Michael Moloney– the son of well-known Midleton lawyer John Moloney– were wounded. Not all of these men would come home. Private Patrick Egan from Park Street, a member of the 6th Royal Munster Fusiliers, was killed in Turkey on 14th August 1915. He has no known grave, and is today remembered on the Helles Memorial. But the men at the front proved not to be Midleton’s only link with the soldiers of Gallipoli. On Saturday, 11th September 1915, the Examiner carried an extraordinary story of how one ‘Australian bushman’, wounded at Gallipoli, came to write a letter to Mrs. Fitzgerald of Ballyannan, Midleton– a woman he had never met. The reason behind the correspondence all boiled down to one thing– an egg… 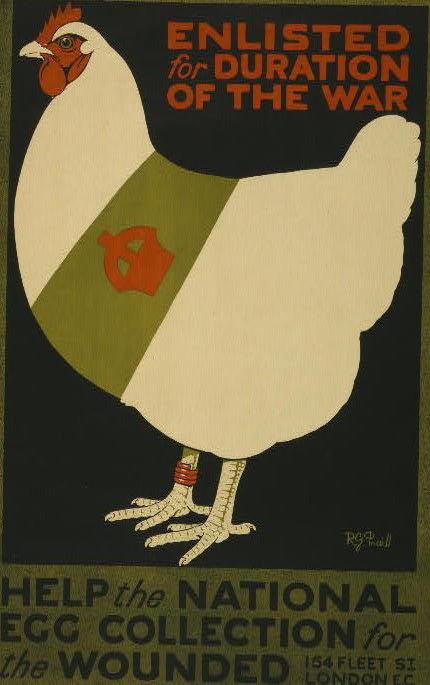 The following very interesting letter, written by Melrose Mailer, a Lancashire Fusilier, wounded in the Gallipoli, and now in Stepping Hill Military Hospital, Hazel Grove, near Stockport, Lancashire, has been received by Mrs. Fitzgerald, of Ballyanon, Midleton, wife of an agricultural labourer, in the employment of Mr. Michael Buckley, J.P. The letter has come to be written by the wounded soldier to Mrs. Fitzgerald under extraordinary circumstance, and the incident is one worthy of mention. For months past Mrs. Fitzgerald has been giving regularly every week a small contribution of eggs for wounded soldiers in hospitals to the Ladies Committee of Midleton in charge of the collection of such welcome gifts. In common with other donors of eggs Mrs. Fitzgerald’s name and address are usually written on the eggs so given by her, as her humble war contribution. In this peculiar way the wounded soldier in the Lancashire Hospital got the name and address of Mrs. Fitzgerald, which were written on the shell of an egg that happened to form an item in the rations served to him on a morning recently. The letter, which speaks for itself, is as follows:-

“Dear Mrs. Fitzgerald- These few lines to you are from an Australian Bushman, who has travelled 13,000 miles to do his duty to the mother country. After arriving here in February last, I enlisted in the Lancashire Fusiliers, and went to the Dardanelles, where we fought side by side with the famous Irish regiments, the Dublins and Munster Fusiliers. God bless them. I, as one soldier, will never forget the bravery displayed by these dear Irish boys. I have, indeed, something to long remember. I was myself wounded in a bayonet charge on the 4th June last, and that day I shall never forget. All the boys fighting for their lives, and we had a splendid gain on the day, killing many Turks. After two operations I have had two fingers and half the palm of my left hand removed. I was also hit in the breast, but luckily that was not serious. I have no regrets for my sacrifice– many are worse off. I am only glad to be on Australian, serving as I am in an English regiment. I have no friends here in this part of the world, but my people are always thinking of me, and that is some satisfaction. I have secured your name and address off an egg, so excuse me for writing you these few lines. I enjoyed eating that egg, and I thought it only right that you should know it. If you feel disposed to write back to me, I shall be only too pleased to receive a line from you. Believe me, yours faithfully,

Mrs. Fitzgerald had been giving her eggs as part of a campaign drive across the UK and Ireland– the National Egg Collection– which sought to provide eggs for the wounded. The grateful recipient of her charitable efforts, Private James Melrose Mailer, appears to have initially enlisted on 11th May 1904. He was discharged from the Lancashire Fusiliers due to his Gallipoli wounds on 20th April 1916. It is not clear if Mrs. Fitzgerald ever did decide to enter into correspondence with the wounded Aussie.

3 thoughts on “‘I Have Secured Your Name & Address Off An Egg’: A Midleton Woman’s Letter From An Aussie Wounded in Gallipoli”